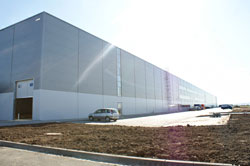 After several lean years, demand for up-to-date industrial premises has finally been renewed. Some of the companies have been waiting for their chance to expand or enter Brno for a number of years, unable to fulfil their plans due to a lack of supply in the area. "Last year, the CTP company won a tender for a land developer at Černovická Terasa and this year, CTP has successfully delivered new premises for interested parties, mainly among manufacturers," said Jaroslav Kaizr, Head of Industrial Space Rentals at Cushman & Wakefield. 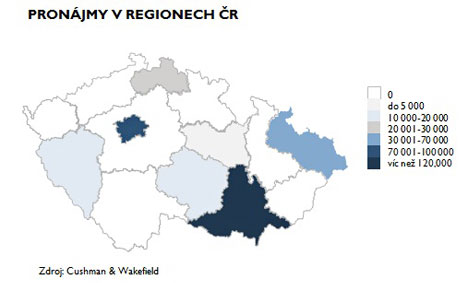 A total of 292,000 sq m of industrial space was rented in the Czech Republic over the third quarter – that is the highest figure ever in the history of the Czech industrial market (taking into consideration the results for each quarter). In the second quarter of 2011, rentals reached approximately half this number. The second half of the year traditionally tends to be stronger; therefore the results are not at all surprising. A year on year comparison is significant and it shows that space rental increased by 7 per cent this year compared to the same time period last year. "Even though this number is not large, the good news is that the market is stable taking into account the demands of our current conditions," said Jaroslav Kaizr.

Cushman & Wakefield is the largest private firm providing services in the area of commercial real estate in the world. Founded in 1917, this company comprises 234 offices in 61 countries and over 13,000 of employees. It represents a diverse clientele from small businesses to companies from the Fortune 500 list. Cushman & Wakefield offers a comprehensive range of services in four main categories: Transaction Services including tenant and landlord representation in office, industrial and retail real estate, Capital Markets, including property sales, investment management, valuation services, investment banking and debt and equity financing, Client Solutions including real estate strategies for large corporations and property owners and finally Consulting services including business and real estate consulting. This company, as a recognized leader in the field of global property research, publishes a wide variety of its own reports which are available at the corporate knowledge centre at website www.cushmanwakefield.com

Cushman & Wakefield entered the Czech market in 1993 and it currently has 128 employees in its Prague and Bratislava offices.

It is expected that market stability will continue. A certain danger lies in the insufficient supply of space in some locations due to the cautious approach of developers and financing banks. Developers continue to consider speculative construction (i.e. with no commitment from the end users) only to a very limited extent. The total volume of this year's rentals, according to the estimate of Cushman & Wakefield experts, should reach approximately 700,000 sq m and remain below last year's level, which was a record year on the demand side.

Construction in the third quarter reached 142,000 sq m and it increased three fold compared with the previous quarter. In comparison to the same period last year, construction rose by 74 per cent. By far the largest portion of new construction or more specifically 75 per cent of new construction in total was implemented by CTP developers in its CTPark in Brno II. CTP completed the construction of several new units for companies, such as Wistron and Kompan. The remaining construction is accounted for by VGP a developer which has extended its activities to Liberec and Hrádek nad Nisou. This recovery in construction cannot yet be considered a unique trend, rather a short-term fluctuation which will most likely carry on into the last quarter of 2011. "In the following period, however, construction will not reach such a volume, as developers are delaying new construction until contracts with future tenants are signed," said Jaroslav Kaizr. 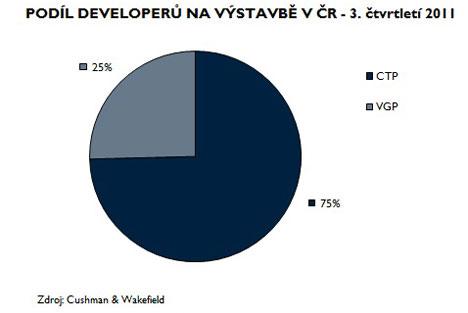 The vacancy rate decreased by 6.8 per cent in the third quarter which is the lowest since 2007. Thanks to the recovery of construction in the second half of this year, it is expected that the percentage of free space will remain stable for some time. Looking ahead however, further decline is to be expected. "This will probably lead to an increase in rental prices in the most popular areas," said Jaroslav Kaizr. "An insufficient supply of up-to-date industrial space on the developers' part, in areas with low vacancy rates, in particular, will result in the seeking of alternative options, such as sublease or transfer of lease. For those interested, these are often the only options to find suitable premises in terms of the required location and time," said Jaroslav Kaizr.