The construction of a research centre in Královo Pole is about to be completed – to enhance a raft of centres of excellence and to strengthen Brno's leading position in the research field. The building in question will house the ALISI micro- and nano- laboratories. 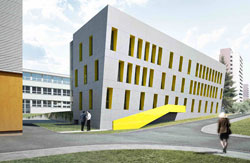 The ALISI laboratories project was created at the Institute of Scientific Instruments (ISI) of the Academy of Sciences in the Czech Republic and succeeded in the battle for resources from EU structural funds; within the second priority axis of the Operational Programme Research and Development for Innovations, in particular, this project was granted 432.9 million CZK. "The construction is to be completed by the beginning of next year and the researchers will be able to move there gradually depending on the installation of new instruments," says ALISI Executive Director Bohdan Růžička. 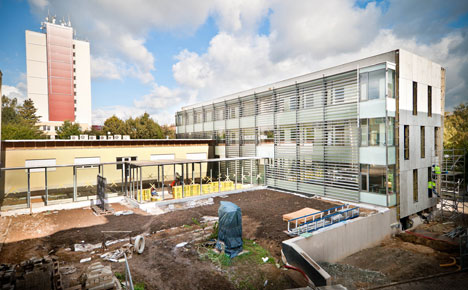 As nearly three years will have passed between the design of the project and its launch, several changes have been made during this time. "Science is evolving and so are other scientific projects in Brno. Based on these changes, we have slightly modified the ALISI project content in order that the research activities appropriately complement other projects in Brno," comments Bohdan Růžička. The main focus of the centre will naturally remain on micro- and nano- technologies. However, cooperation with other research centres, e.g. CEITEC or ICRC, has been taken into account when purchasing instruments to ensure that they complement each other.

In ALISI, a new zoo laboratory will be established for research on living rodents. Bohdan Růžička further explains the reason for this decision: the construction and operation of the zoo laboratory had been planned in the past, e.g. in CEITEC or at the university campus, but this idea finally had to be abandoned. "Since we have purchased a unique tomography system enabling the study of animals, among others, we have decided to extend the laboratory facilities for temporary breeding and provide a laboratory for other Brno and non Brno research groups." Thus, not only the local ISI researchers but also the above mentioned CEITEC researchers will be able to perform their research. 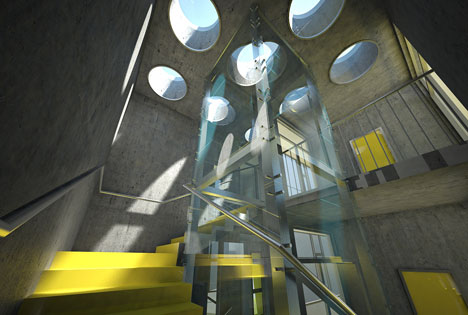 Early next year, a unique tomography system using magnetic resonance imaging, which is able to differentiate the finer details of samples e.g. inside living rodents up to a hundred times, will be in operation in ALISI. A new electron lithographer, magnetron sputtering and electron beam evaporation instruments for the deposition of special thin layers or the H-maser – an instrument for the precise measurement of time – will be purchased. "ISI will become one of only three centres in the Czech Republic able to contribute to so-called Coordinated Universal Time (UTC) currently used for the management of scientific and technical work replacing GMT (Greenwich Mean Time) used in the past," said Bohdan Růžička.

Institute of Scientific Instruments at the Academy of Sciences, Czech Republic